In 1999, Seyed Mohammad Saadatmand passed away. His death was a big loss for his family especially for Seyed Abolghasem, Mohammad’s third son, who had worked with him since he was a child.

” I started going to Kargah (the workshop) with Aghajan (Seyed Mohammad) when I was 6 years old. I spent hours making stuff with clay and playing with our dog, Hooshi, in the yard. As I got older, I fired my own clay products in my own built wood kiln in the yard imitating my father. Remembering when I was 11, I created many small scale human statues to be fired in the kiln but all of them broke during the firing process. Seeing all the work gone, I deeply felt sad but my dad’s friend encouraged me to make something from the broken parts. I started over and built the statue of Nader Shah (the Shah of Persia from 1736 to 1747) standing proud over the dead enemies, the broken parts in a battlefield. I called the battlefield, “The End of Nader Shah’s War”. After a few days one of Aghajan’s customers saw the battlefield, fell in love with it and bought it from me. Selling the broken statues at that age taught me one thing: everything has its own value.

Seyed Abolghasem used to work in his father’s property but after Seyed Mohammad’s death the property belonged to the heirs’ and Seyed Abolghasem preferred not to work there anymore. It was hard to leave everything behind, but he chose to move out and build a new ceramic center. In 2003, Seyed Abolghasem opened the new center at Kooh Sefid road in the North part of the city of Qom and named it “Saadatmand Crafts”. Since then, the activities of “Saadatmand Crafts” have been focused not only on ceramics but also on other Iranian handicrafts. 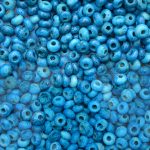