Hans Wulff is the person who discovered the only remaining Kharmohre workshop in the city of Qom in the 1960s. He is the person who brought attention to Qom-Technique, the glazing technique of kharmohre, in the West. Here’s an excerpt from a memorial article about Wulff:

“….In a recently published article he tells how he and his daughter had finally gained the confidence of these craftsmen of the Iranian holy city of Qom who manufacture the famous “donkey beads” that tinkle about the byways of Iran. To the surprise of Wulff’s ceramicist daughter, the technicians of Qom did not glaze the beads in any manner known to her but instead appear to use a variation of methods of salt glazing that involve both complex physical and chemical laws. With the help of Cyril Smith of the Massachusetts Institute of Technology and Leo Koch of the Department of Geology of the University of New South Wales, Wulff’s researches were completed and have just been published. They provide a glittering example of what can still be accomplished by bringing a trained and inquisitive mind to bear on the secrets of ancient technology before all the traditional lore that connects us to that technology will have vanished from our earth…”

In 1999, following the research done by american scholars on Qom-Technique, researchers at University of Kassel got together to uncover the mysteries of the oldest known type of glazed ceramic, Kharmohre. A few month after starting the project, the researchers found that there is an artist in the City of Qom who utilized Qom-Technique as a glazing method for his works. More research uncovered that Seyed Abolghasem Saadatmand was the only remaining artist in the world who had an active business focused on the technique. Therefore, the University of Kassel invited Seyed Abolghasem to showcase his method of applying Qom-Technique on ceramic pieces.

Attending a workshop on Kharmohre held by he University of Kassel in Wilhelm Palace, Seyed Abolghasem introduced his family business, the technique and the materials to scholars, students and the public. Later on, in 2000, Khosrow Edalatian’s (one of the researchers) efforts led to the registration of Khar-Mohre in Hanover EXPO 2000 in the section of Human Culture and Knowledge Continuity (with the registration number of 502). “Kharmohre, The Blue Pearl of Ancient Iran” was the project name under which kharmohre was introduced to the world. 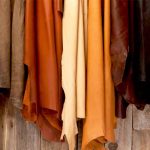